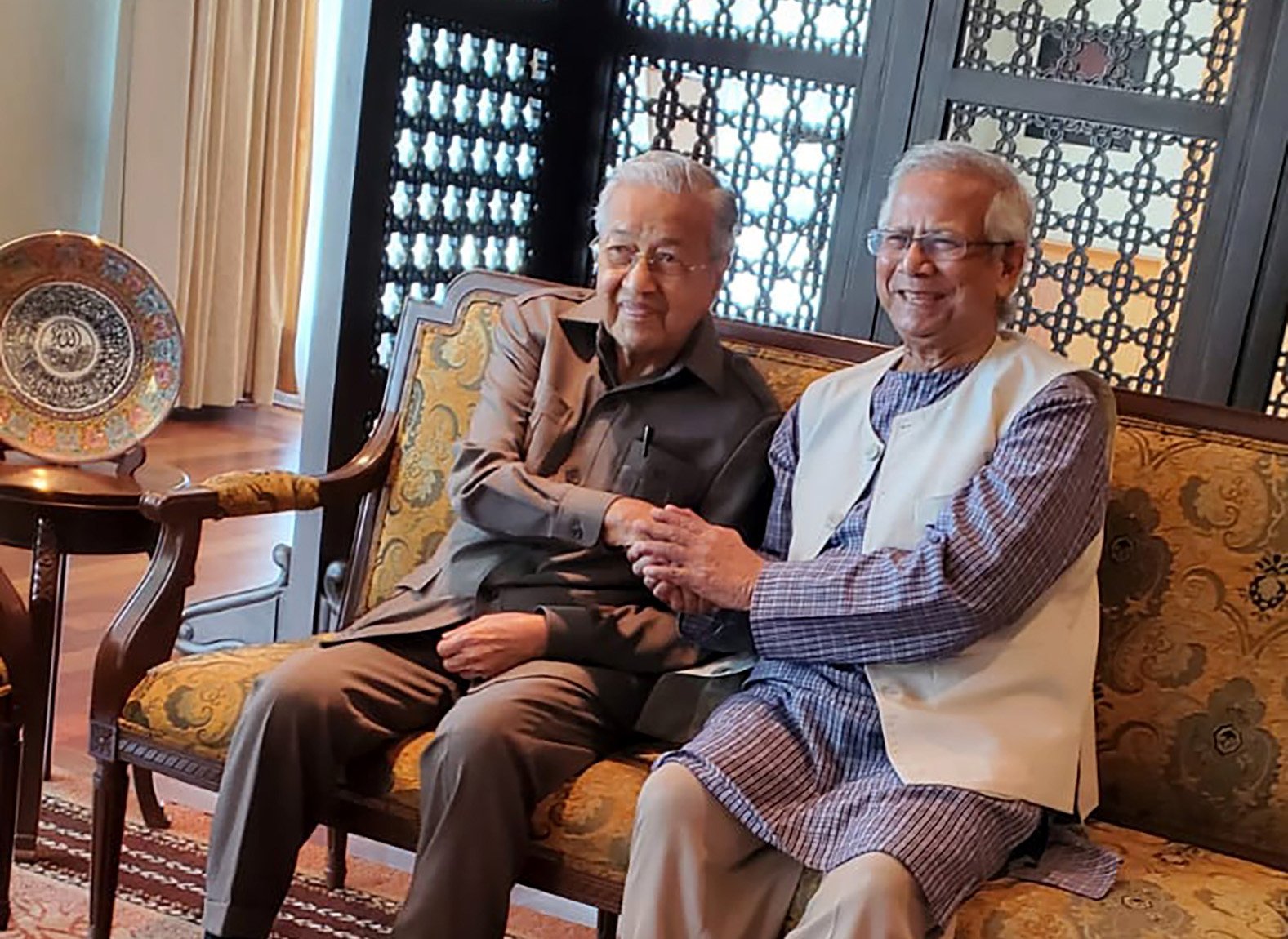 Nobel Laureate Professor Muhammad Yunus was invited by former prime minister of Malaysia Dr Mahathir Mohammad (96)  to meet him and his wife Siti Hasma (95) while he was visiting Malaysia to discuss the progress of his work in Malaysia and in other countries. Professor Yunus was visiting Malaysia to attend the inaugural convocation ceremony of Al Bukhary International University (AIU) in Alor Setar, Kedah on March 26, 2022. Professor Yunus is the founding Chancellor of the AIU.  He met Dr Mahathir and his wife Dr Siti Hasma in his office in Kuala Lumpur on March 28.  Both have been long time  followers of Yunus's initiatives in microcredit and social business and greeted Professor Yunus on his arrival.

During their 90 minute discussion Dr Mahathir wanted to know how Malaysian universities responding to Yunus's focus on entrepreneurship for all young people, and his movement of creating a world of 3ZEROs.

They also discussed the global situation arising out of Ukrainian war and its danger of escalating into a world war. They discussed how to mobilize global youth against all forms of war and put pressures on all sides to stop fighting and engage seriously into peace negotiation.

Dr Siti Hasma reminisced her several visits to Bangladesh to gather experience of microcredit to promote it in Malaysia. Dr Mahathir requested to receive regular updates on the progress of the programmes of Yunus Social Business Centres created in Malaysian Universities. 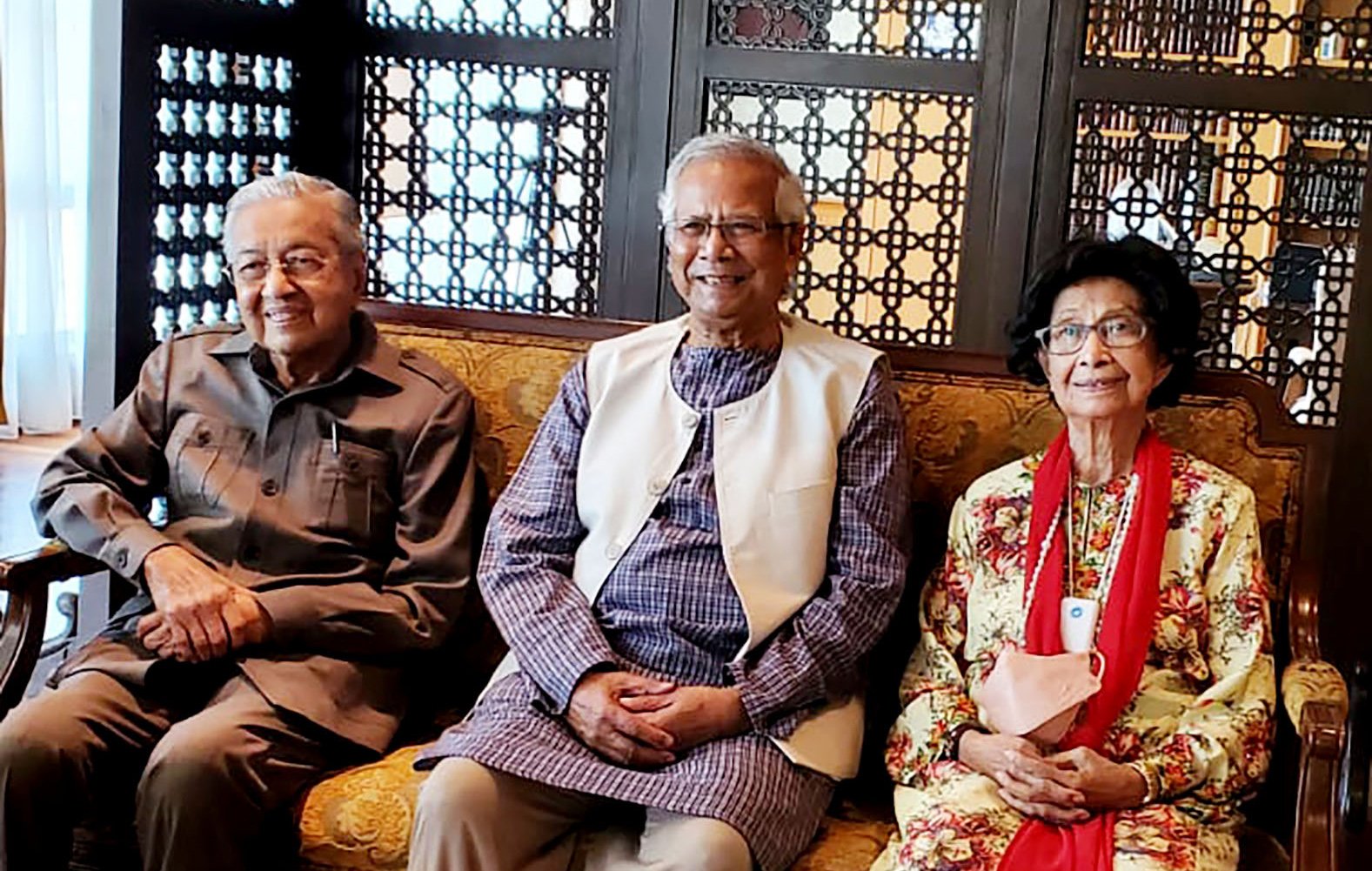 In the evening of the same day the Minister of Higher Education of Malaysia Dr Noraini Ahmad hosted a dinner in honour of Professor Yunus attended by top executives of her ministry. They discussed how to redesign higher education to turn young students into entrepreneurs. Yunus shared experiences in Bangladesh through creation of social business venture capital fund. The minister expressed  her deep  interest in introducing the programme beginning with  a leading university of Malaysia and requested total support from Professor Yunus who agreed to extend all the support needed for the programme. The Minister identified the official who’ll be sent to Bangladesh to develop the concept details of the programme in consultation with Professor Yunus. Professor Yunus made it clear that no government funds should be used in the programme because if the recipients of the investment funds know that it is government money, they feel that there is no need to repay the money. 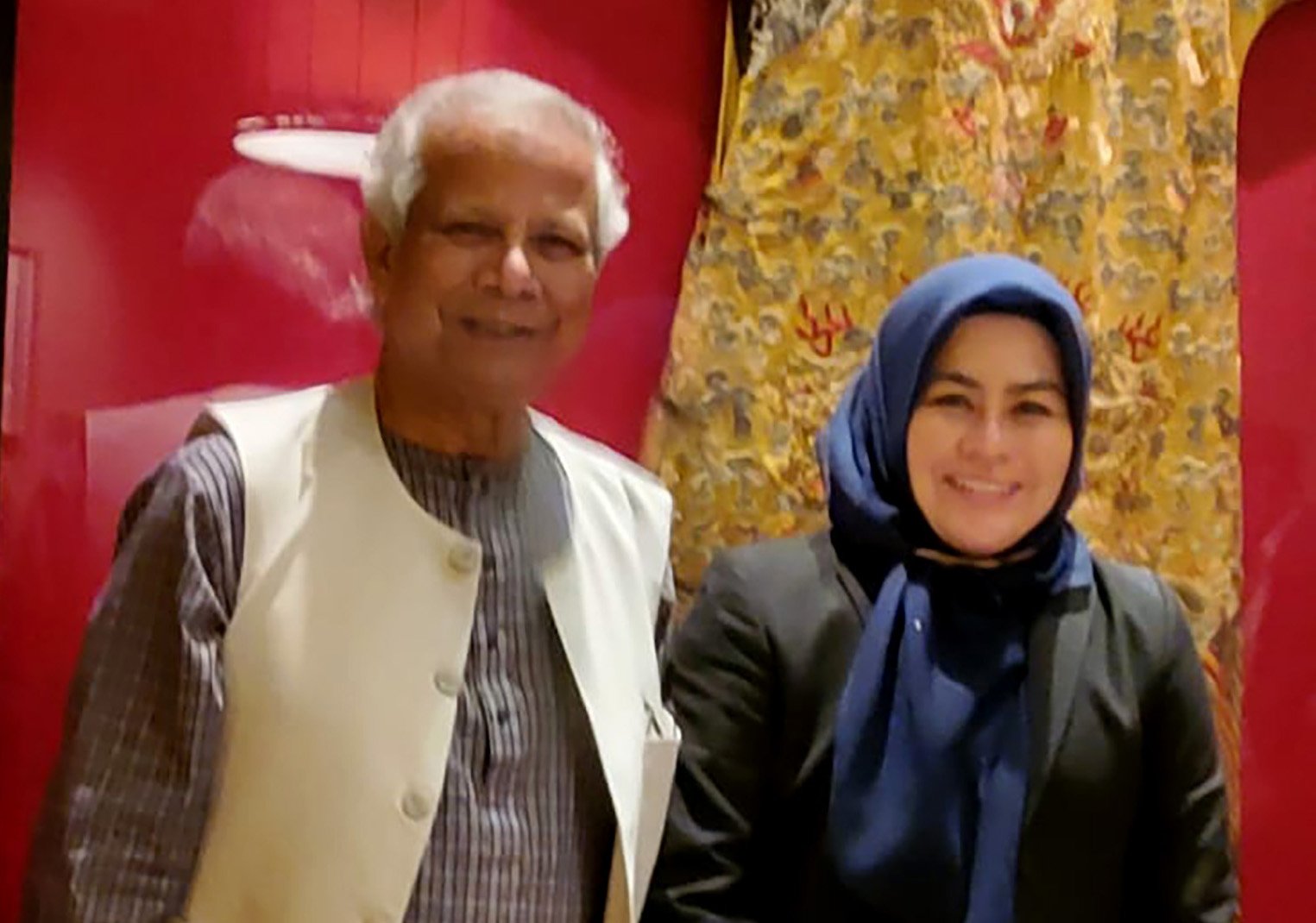 Nobel Laureate Professor Muhammad Yunus and Dr Noraini Ahmad, Minister of Higher Education of Malaysia on March 28, 2022 during a dinner she hosted in honour of Professor Yunus.

The chairman of Bank Muamalat Malaysia Berhad, Datuk Seri Tajuddin Atan had a meeting with Professor Yunus at  the hotel where Professor Yunus was staying. He expressed his desire to transform his entire bank as a “social business bank” under the direction of Professor Yunus. He made it clear that this request is fully endorsed  by his investors and the board of the bank.  Professor Yunus discussed basic procedure of how to initiate and manage the transition. Mr Atan said that the bank is ready to take initial steps to transform the bank  under the guidance of Professor Yunus who agreed to continue this discussion further. The bank will send a high level delegation to Bangladesh to take it to the next level of preparations under the leadership of Mr Fairuz Radi, Chief Strategy Officer of the bank who was present at the discussion. Yunus Centre is currently accepting applications from candidates to participate in the One Young World 2022 Summit in Tokyo, Japan from 16-May, 2022.   The annual One Young World Summit brings together the most promising young talents from global and na...
Read More

Thank You for Joining GSBS2021

After 16 sessions, 14 workshops, 14 country forums and the 3ZERO Club Convention, The Global Social Business Summit 2021 came to an end. We would like to thank you all for attending the summit. We hope to see you all next year! ...
Read More

Join us for the 25th session of our YSBC Web Lecture Series on “Role of Yunus Centre: Past, Present, and Future.” with Speaker, Lamiya Morshed, Executive Director, Yunus Centre, and Susan Gibson, Board Member at Thomson Reuters Foundation. This engaging sess...
Read More Press Release A temporary waiver of the Trade Related Aspects of Intellectual Property Rights (TRIPS) Agreement for the COVID-19 vaccine is essential to meet the number of doses of vaccinations required to achieve global herd immunity.   An article written by &n...
Read More